Skip to content
Cart
FREE SHIPPING ON ORDERS OVER $75 Dion is a former international cricketer, having represented New Zealand for a nearly a decade before retiring due to a series of injuries. Dion’s passion for skincare dates back to his long days spent enduring sun, wind and sweat whilst toiling away at professional sport. This industrial exposure to the effects that environment has on skin formed Dion’s initial skincare regimen and later the basis for T&D’s ethos around how to look after and protect our bodies most valuable asset – our skin. Since founding Triumph & Disaster in April 2011, Dion has worked tirelessly to find the best chemists, ingredients and advisers to ensure T&D is at the very forefront of a clean, natural, ethical skincare revolution. Dion continues to evolve and develop T&D’s internal ideology to ensure what we put on our skin and how we protect it from the environment, utilises the latest green science with proven, effective, natural ingredients to deliver performance that leads the market, a commitment to excellence and evolving the game that will forever be core to the brands DNA. 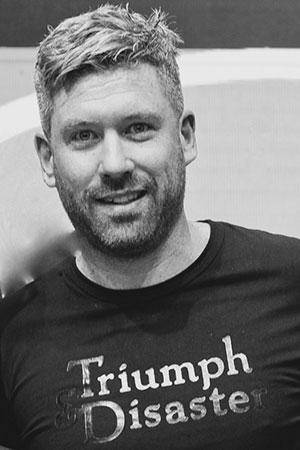 Phil lives just South of London in the UK with his wife Amy and their baby twins. Originally from Nottingham, Phil lived in New Zealand for seven years often moonlighting as a modern day aeronaut before moving back to the UK once the allure of the high wires and thronging fans had faded. Surviving the first 18 months (at the time of writing) of raising baby twins, Phil understands the importance of a good skincare routine to at least help with exterior fatigue. Phil also says "coffee is good....coffee is your friend." Having a strong Northern European complexion (read pale as fresh milk) Phil, understands more than most the importance of Sunscreen. Every. Single. Day... In the words of Baz Luhrmann "If I could offer you only one tip for the rest of your life, always wear sunscreen" . Phil once met Tom Jones but.... It's not unusual. Phil is also an avid lover of #DadJokes 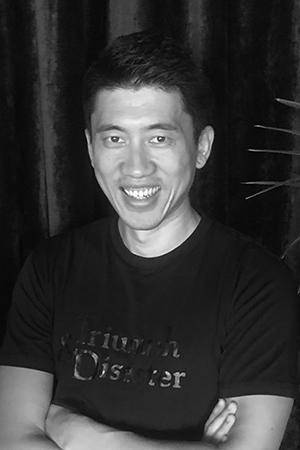 A keen Basketball player, Chen was born and raised in the North East of China before being uprooted and sent half way across the world to the mysterious, exotic and slightly wet lands of Aotearoa. Very soon Chen would find himself lost, physically and metaphorically, somewhere near the side line of a rugby paddock in rural Northland, having been told he would make a great ‘winger’ in rugby, cause’ he was fast! It says something about Chens Character that he was able to bluff his way through provincial New Zealand and all its social nuances, before landing himself a career in engineering, specifically the designing and creation of indoor lighting. Eventually a light bulb went off causing Chen to see the light (too much?) and move his skill set to T&D. Asked for one piece of advice Chen says; “Let’s figure it out with common sense and get on with it, and always remember rule number one, do not drop the ball, whatever code you are playing!”. 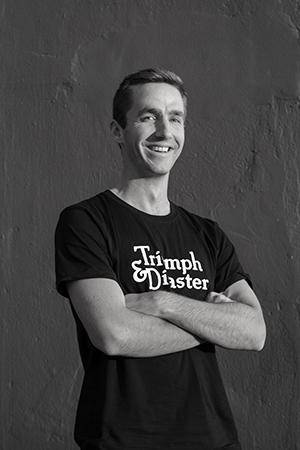 Hailing from the sunny, citrus filled plains of Northland's, Kerikeri; Ben began his working career in Mount Maunganui to take a job in Kiwifruit. Then, in 2018 moved to the big smoke for a new venture, skincare. Something of a general knowledge whiz, Ben spends his spare time memorising the lesser known constellations of the southern hemisphere, watching cricket and spell checking old exam papers. A keen golfer, Ben has caddied for a guy called Barry who on the 7th he advised the slope ran right to left. The putt, however, ran more left to right and that was the end of the niceties from Mr Obama. Ben heads up the NZ Sales team here at T&D and brings a never say die attitude. He uses his intellect combined with a rare kind of Northland street gumption that means he gets the job done. Rock n Roll Ben. 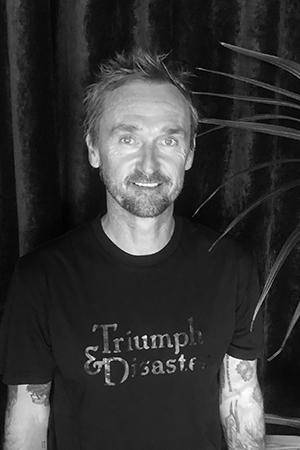 Living life on the edge (or rail) is a bit of a motto for Nick, a former professional skateboarder and somewhat of a NZ street wear mogul… Nick brings street smarts and cred to the table. A natural storyteller with a love for people, travel and the thrill of adventure, Nick brings a plethora of energy, passion and sales nous to his role as Global sales manager. But just don’t let him drive your car. No, seriously, don’t let him drive your car. Juggling international markets, 3 kids, a Husky and a flat faced grumpy cat means Nick is always running at pace and often just trying to figure out what time zone he is in, but like a shark smelling blood in the water, Nick sniffs out the deals from a mile out, and we love him for it. 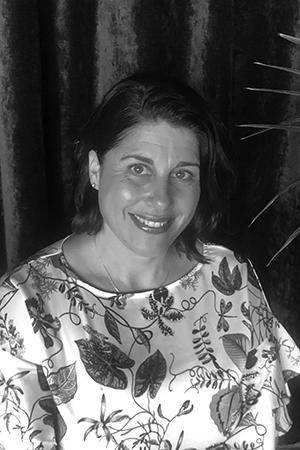 Jane has a head for numbers, and so heads up everything to do with numbers at T&D. Originally drawn to the brand through her passion for natural skincare, Jane soon found it was the comraderies and witty repartee was the real reward.Jane has a strong background working with SME’s, upgrading accounting systems and implementing process improvement - but she’s not your usual Accountant. A Jane of all trades, Jane keep things running smoothly, with a dash of healthy banter and mind-blowing scones.Jane balances her working-mum life by keeping up with her love of Yoga and meditation (West Auckland roots) and if this does not work, then a reasonable dose of fine wine and Nina Simone will usually balance the books. 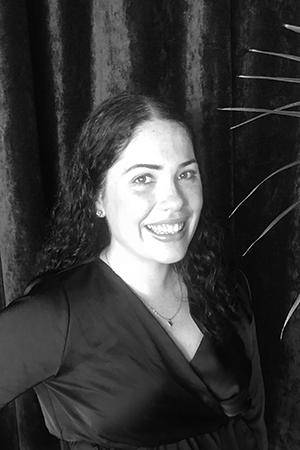 Lani was born & raised on Auckland’s North Shore, which makes her from there, but she still kind of denies it. Lani used to spend her school holidays growing up on her Grandfather’s sheep farm in Nelson, where she spent long days herding sheep into pens, which kind of makes her a shepherd, but she denies that too. Lani does admit to having a real passion for business which is endorsed with a marketing degree and an eye for detail. Beginning her career in the Furniture industry before moving to T&D, where it is fair to say she was thrown in the deep, running all things e-commerce and social media for us and doing it with aplomb, something she cannot deny because we have seen it with our own eyes. Lani balances her work life through playing and coaching field hockey, bingeing old & new crime docos, completing the odd logic puzzle and has been known to spend slightly too much time with or talking about her dog.